As confusing as it appears, the names “Dale” and “Banks” are nowhere in the Perrier family pedigree. The rich history of Dalebanks began in 1867, when Robert and Alice Loy and their first three children homesteaded a farm three miles northwest of Eureka, Kansas. The family named their farm “Dalebanks,” the same name carried by their ancestral farm and region in their homeland, England. One of the Loy daughters, Amelia, married E.L. “Bert” Barrier in 1903. Mr. Barrier was a highly respected farmer-stockman from a neighboring ranch and was also involved in public service, serving terms in both the Kansas Senate and House of Representatives.

In 1903, at the American Royal in Kansas City, Mr. Barrier was fascinated by a display of Angus cattle hidden in a corner of the old American Royal building. His strong interest in these cattle led to the ensuing purchase of the foundation Angus herd in 1904. Local residents, including area ranchers, began taking Sunday drives past Dalebanks to view the strange black cattle without horns, a novelty in the Flint Hills just as they had been at the 1903 American Royal.

Bert & Amy Barrier had a daughter, Alice, who met Olpe, KS, native Francis Perrier at Kansas State Agricultural College (now KSU). They married shortly after graduation. After serving in the U.S. Army in northern Africa during World War II, Francis was petitioned to return to Dalebanks to help Alice, who was struggling to hold the operation together. They had three sons, Louis, Charles and Tom, who have all lived and worked at Dalebanks at some point in their careers.

Tom and his wife Carolyn (Graham) Perrier were the first generation to continue the Perrier family name at Dalebanks, plus they have been instrumental in implementing technologies such as performance recordkeeping, artificial insemination, EPD use and ultrasound evaluation since their arrival in 1969. They continue to manage this real-world farming and ranching operation and are majority owners of Dalebanks Angus, Inc.

Their children, Matt, Michele and Mark are also involved with aspects of the ranch. Michele and Russ Callejo reside in Roseville, CA. Mark & Kelly (Merkel) Perrier live in Wichita, KS. Matt and Amy (Teagarden) Perrier and their children, Ava, Lyle, Hannah, Henry and Hope live on the ranch. In addition to typical ranch duties, Matt also manages the breeding, marketing and customer service operations at Dalebanks.

Mr. Barrier's focus on economically relevant traits, along with his desire to improve the QUALITY of his Angus cows, not just the quantity, led to his widely used statement, “We've always tried to produce an animal that would profit its owner through its production.”

“We couldn't have said it any better, Mr. Barrier,” states the Tom Perrier family, who, representing the fourth, fifth and sixth generations, are carrying on these great men and women’s legacies at Dalebanks.

Thank you to the Certified Angus Beef Program for the 2020 Seedstock Commitment to Excellence award. 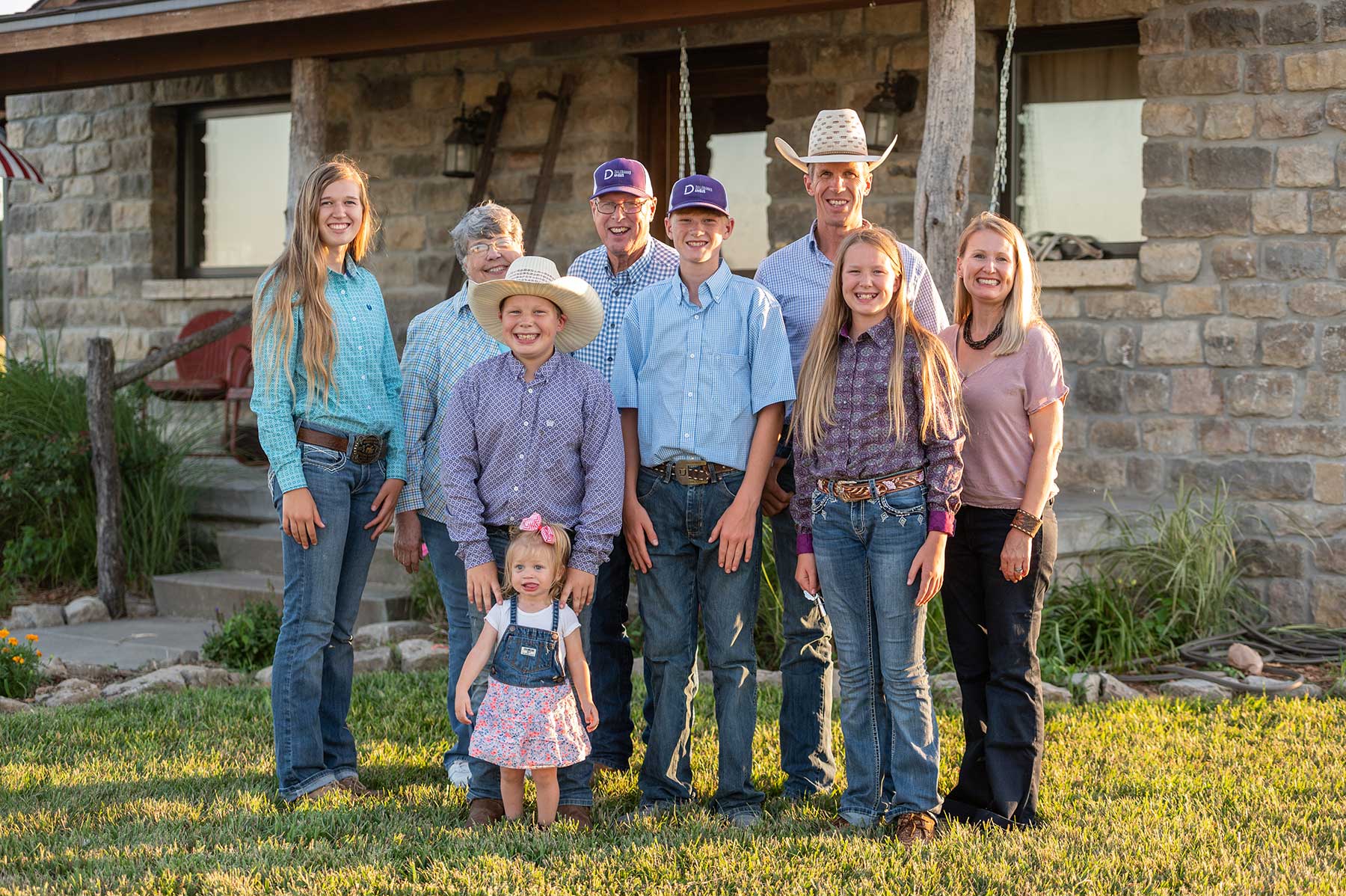